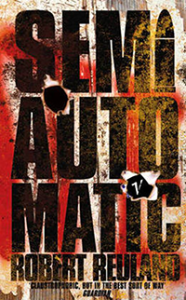 Gio vows to play this one by the book, yet the difficulty of doing that quickly becomes apparent. He is paired with prosecutor Laurel Ashfield, and the two establish an instant mutual dislike. A key witness disappears. The case detective is conspicuously unavailable. The district attorney himself seems to have far more interest in the trial than the mundane facts would seem to merit. And Gio learns that it was not by chance that he was picked for this case.

Gio is swept into the seamy, seedy world of Brooklyn politics and prosecution, caught between decent lives and indecent corruption, between streets that are already too dangerous and a killer who will most certainly kill again. And in a world where right and wrong depend on everything from where you were born to where you were last standing, making the wrong choice may cost one man his career, or another man his life.

“The writing is deliberate, incisive, fascinating. Who still pretends that courtroom drama is not literature?”  L.A. Times Book World

“A noirish thriller with grace and gravitas.”  Publishers Weekly

“Reuland’s sensibility is closer to John Updike’s than John Grisham’s, but he never lets us forget he’s a lawyer, one with a touch of the poet.”  Patrick Anderson, The Triumph of the Thriller